The other three photos that were in contention for this week’s challenge involve nature. Patterns in nature. Nature’s patterns combined with humanity’s. 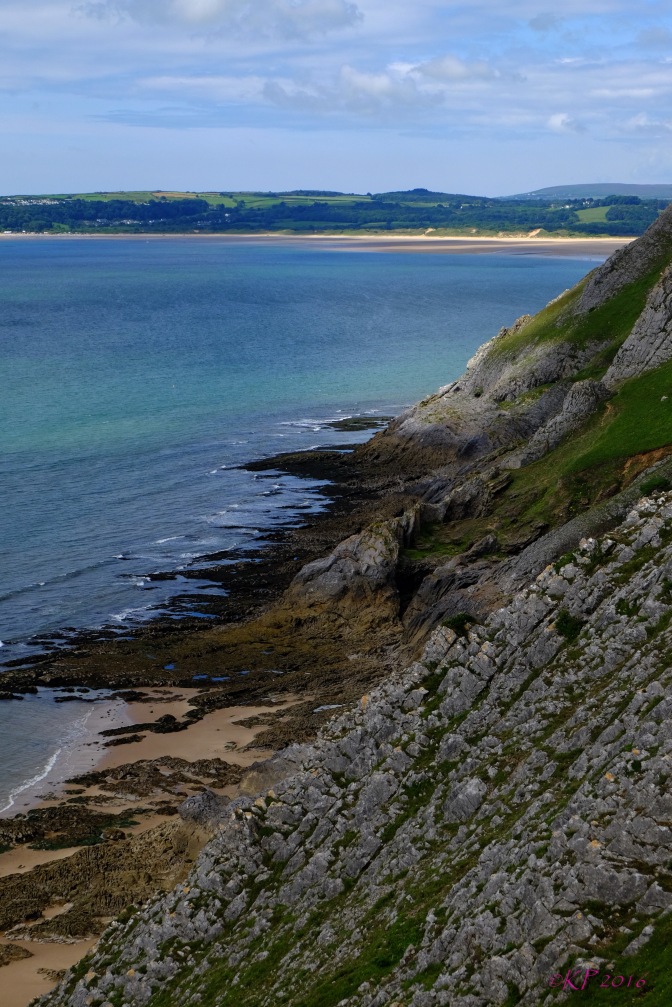 Looking from the West Cliff at Heatherslade toward Oxwich, the cliff’s striped patterns have been formed by eons of tides, as the waves create new jagged patterns with every touch of the shore. At the point where land meets water, you can almost see the next set of stripes being formed.

This next photograph is one of those that I never thought to be able to take. It almost became my challenge photo this week, but the wall fit the challenge more closely.

I see patterns all around me, in the way shadows move across the lawn, everyday slightly different, in the web of a spider, or the paths taken by animals in the forest. The way humanity has created new patterns, sometimes in harmony with nature’s, too often not.

Sometimes, as with the mason who built the wall that became this week’s challenge photo, humanity’s patterns reflect the nature of the area in which they are found simply by virtue of the materials used. Which is how nature creates patterns, with the materials at hand.